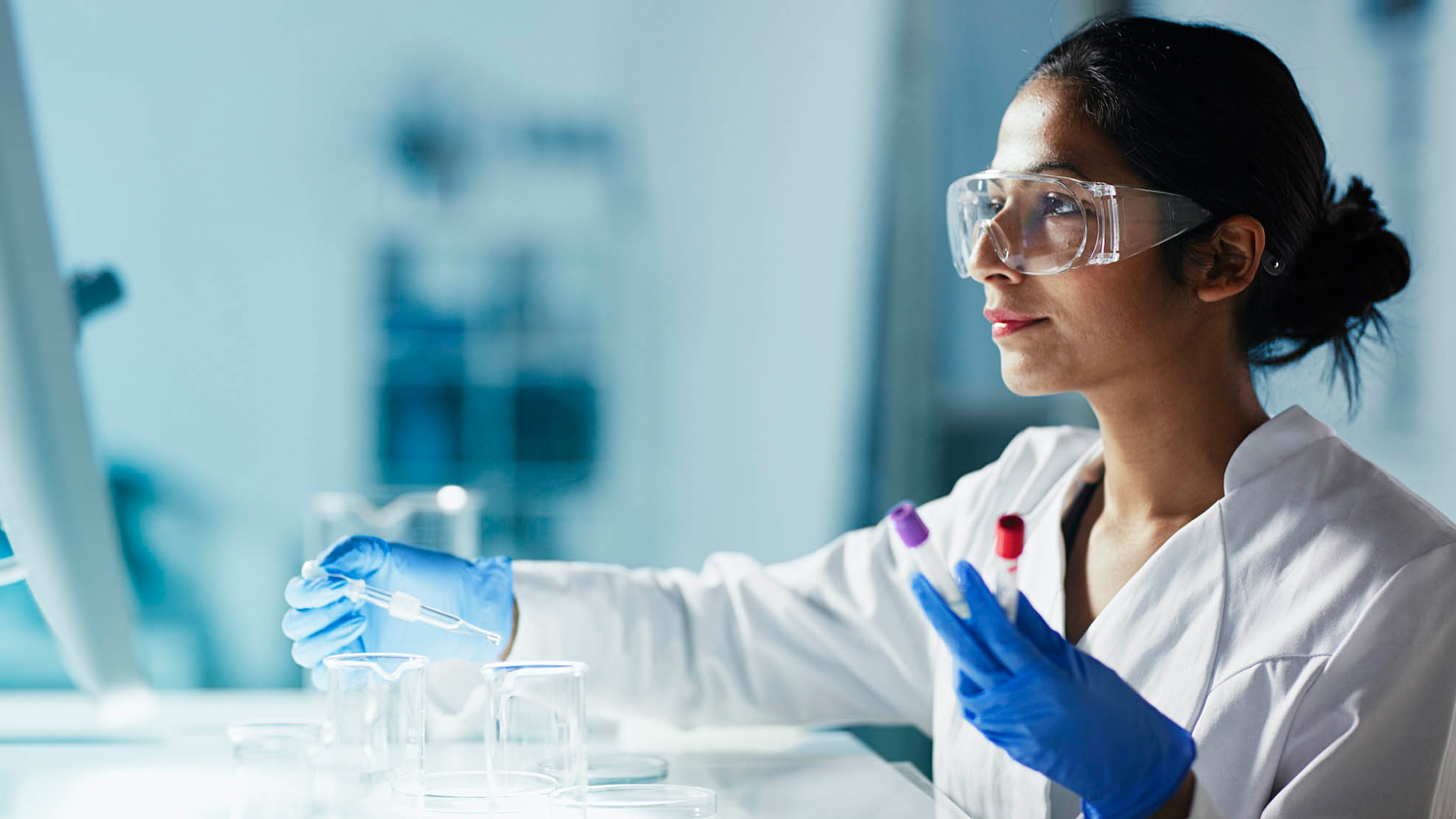 The Impact of COVID-19 on the Orphan Drugs Landscape

What is a rare disease?

There is no universally accepted definition of what constitutes a rare disease. In the United States the term applies to any disease, or subset of common diseases, affecting fewer than 200,000 people (FDA 1983). The European Union uses a definition of less than five per 10,000 (EMA 2022), whilst Japan defines rare disease as being prevalent in less than 50,000 of the general population (Song 2012). There is an estimated 6,000 – 8,000 different rare diseases (Global Genes 2021), with new conditions continually identified with advances in research: an average of 260 new diseases are described each year (EMA 2022).

Although rare diseases are individually uncommon, the cumulative impact is substantial, affecting between 6% and 8% of the European population, the equivalent of 300 – 400 million people globally (Global Genes 2021; Rare Barometer 2020). Whilst 80% of rare diseases have an identified genetic origin, other rare diseases manifest due to degenerative and proliferative causes (EMA 2022; DHSC 2021).

Over 50% of rare diseases are life limiting, and disproportionately affect children (Boycott 2018). Approximately 70% of genetic rare diseases start in childhood and more than 30% of children with a rare disease die before the age of five (EURODIS 2022; DHSC 2021).

There is a large unmet need for both the diagnosis and treatment of rare diseases. Patients on average experience a delay of six and eight years between symptom onset and diagnosis (Global Genes 2021). Diagnostic challenges are compounded by the lack of effective treatments as 95% of all rare diseases are currently without single approved therapy (Global Genes 2021). Furthermore, the burden of rare disease is not limited to patients, but also to caregivers, who often face a lifetime of complex care (DHSC 2021).

The regulatory landscape has been catalyst for accelerating drug approvals for rare diseases (Stephenson 2022). A ground-breaking precedent was set by the United States when the 1983 Orphan Drug Act incentivised investment in the research and development of rare diseases (EURODIS 2017). Following the initial success of the 1983 Orphan Drug Act, similar incentives were introduced by Japan (1993) and Australia (1997), and in 2000, the European Union adopted the Regulation (EC) No 141/2000 on orphan medicinal products (EURODIS 2017).

Since the introduction of the rare disease drug legislation, more than 6,200 and 2,300 treatments have been given orphan drug designation by the FDA (Food and Drug Administration) and EMA COMP respectively (FDA 2022; EMA 2021). However, approval rates are low, with only 17% (1,036) orphan candidates approved by the FDA between 1983 and 2021, and 8% (191) by the EMA COMP (European Medicines Agency Committee for Orphan Medicinal Products) between 2000 and 2020. Furthermore, orphan designation applications are often withdrawn (14% FDA and 28% EMA). Encouragingly, the number of drugs granted orphan designation has remained at pre-pandemic levels over the last two years (Figure 1).

In addition to these incentives for rare disease research, global health authorities have recommended the adoption of innovative trial designs to accelerate approvals of safe and effective medicines. These include the use of natural history studies, disease registries, and previous clinical trial results for external control arms, patient identification using existing data from electronic health records (EHR), alternative endpoint generation using EHR and emerging data sources, like wearable technology, and simulation studies, among others (Jahanshahi 2021; Mulberg 2019).

COVID-19 and patients with rare disease

The COVID-19 pandemic is having an enormous impact globally, with world-wide confirmed cases a reaching more than 460 million with COVID-19-related deaths of 6 million people in March 2022 (Our World in Data 2022).

As well as vulnerability to severe infection, the rare disease community has been disproportionally affected by the COVID-19 pandemic due to unprecedented impact on diagnostic services, treatment delays, suspended research, and displacements within the patient pathway (DHSC 2021). A large quantitative survey (N = 6,945) conducted by Rare Barometer that investigated the impact of COVID-19 in rare disease reported that, during the first peak of the pandemic, 83% of patients’ care was disrupted across Europe with 21% of patients reporting that they we unable to access treatments (Rare Barometer 2021). In addition, a large proportion of patients with rare disease (66%) reported worsening mental health and depression (Rare Barometer 2021).

Clinical trials during the COVID-19 era

Clinical trial research was severely impacted during the first wave of the COVID-19 pandemic due to shortages of medical and support staff, inadequate monitoring, travel restrictions, interruptions of supply chains, shortages of medical equipment, uncertainty over continued funding, and imposed restrictions (Assad 2020). This resulted in the disruption of over 1,200 clinical trials in 2020, and a greater than 500% increase in suspended trials throughout 2020 compared to 2019 (Bevan 2021; GlobalData 2022) (Figure 2). After June 2020, the number of clinical trials suspended or with delayed initiation due to COVID-19 slowly stared to recover.

However, there are an increasing number of trials reporting that slow enrolment of participants continues to be a major disruptor (Figure 2) (GlobalData 2022). Many hospitals that serve as trial sites were inundated with COVID-19 patients and may still not be available due to continued high prevalence of COVID-19 resultant from the emergence of the highly contagious variant, Omicron (GlobalData 2022). In addition, investigators may have been reassigned to COVID-19 trials or to treating patients with COVID-19, while non-COVID trials been deprioritised, in some cases (GlobalData 2022). Indeed, the volume of non-COVID clinical trial has decreased 18% (2,556) in 2020 and 5% (668) in 2021 compared to before the pandemic (2018 – 2019) across the United States and Europe (ClinicalTrials.gov 2022) (Figure 2).

What about trials for orphan medications during the COVID-19 pandemic?

Conducting clinical research in rare diseases is challenging regardless of the challenges presented by the COVID-19 pandemic. These challenges largely due to small, underdiagnosed patient populations dispersed across geographic large regions (Kempf 2017). In a recent review of non-completed, rare disease, clinical trials, patient accrual was found to be the most common reason for trial termination (Rees 2019). Heterogeneity in clinical presentation, and potential ethical implications due to high medical unmet need seen in many rare diseases, can also make it difficult to identify suitable cohorts of sufficient size to power traditional study designs (Bevan 2021; Mulberg 2019).

Challenges of rare disease research have been compounded by the COVID-19 pandemic, including the ability or willingness of patient and caregivers to travel, and reduced access to specialist medical care, resulting in diagnosis and treatment delays (Bevan 2021).

Despite these challenges the average number of marketing-authorisation applications to the EMA for orphan medicinal products during COVID-19 (2020 – 2021) were higher compared to before the pandemic (2017 – 2019) (Figure 3) (EMA 2022). Cancer, haematology and neurology remain the indications with the highest volume of EMA recommendations for authorisation of new medicines (EMA 2022). In addition, over 50% of all novel drug approvals by the FDA CDER are for the treatment of rare disease (FDA 2022).

Has anything positive come from the COVID-19 pandemic for orphan drug development?

COVID-19 pandemic has brought unprecedented challenges to clinical trial research and the rare disease community. It has in turn catalysed the development, use and deployment of digital technology within health systems due to the need to reduce person-to-person contacts, and to support remote data gathering (Stephenson 2021). These digital advances have aided the paradigm shift towards more efficient decentralised and non-traditional trial designs that circumvent many of the challenges traditionally faced for rare disease studies. These innovations, despite being developed out of necessity, have contributed to the number of new drug approvals outpacing expectations, especially for rare diseases. As the pandemic becomes endemic and restrictions are lifted, it is paramount that this momentum for innovation is continued.